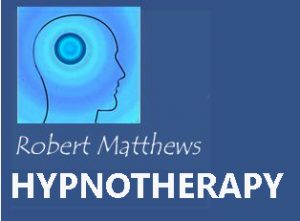 I have been fortunate enough to build up a strong reputation as a hypnotherapist. I believe in offering fast, affordable help, very often resolving problems in a single session, using the best techniques available. I've seen many peoples lives transformed, yet sometimes I am still surprised by the sheer power of this safe and natural form of treatment. Check out  the A-Z of problems I treat with hypnotherapy - weight loss, fears, phobias, confidence issues, self improvement, traumas, unwaned habits, alcohol problems, drugs addiction, OCDs, plus many physical/medical problems and also sports improvement.

Since being recognised (though not fully endorsed) by The BMA as a legitimate and effective form of therapy in 1955, hypnotherapy has grown steadily to become the success story that was always inevitable, but even now it is sometimes overlooked by some who could otherwise have benefited, maybe put off by the antics of stage hypnotism.

There is no longer any need to opt for slower, older forms of therapy, which are often unable to make the changes you require. I hope that this website will help you to appreciate that hypnotherapy is every bit as effective as you might have hoped. It's a completely safe and relaxing process which simply harnesses your own natural ability to overcome your problem, or bring you drug free relief. Check out the feedback section which contains hundreds of testimonial emails I have received over the years.

Hopefully this site will provide you with answers to many of your questions and there is also information about my approach to hypnotherapy. I've done what I can to make it an interesting read and to reflect the fact that hypnosis is a fascinating subject.

Hypnosis is a totally safe, natural phenomenon. Basically, it is simply a form of very deep mental relaxation, rather like meditation. In a clinical setting it is neither dramatic nor exciting, but don't let this give you the impression that it can't therefore be as powerful as you may have believed, it is in fact far more powerful than most people imagine. It is potentially as powerful as the human mind itself - and don't forget that it is the mind that is the root cause of most problems that people come forward with, whether it is a phobia, a state of anxiety or just a craving for cigarettes.

The state of deep mental relaxation is very pleasant and your mind will remain very clear throughout, however deeply you go. You remain the 'captain', the hypnotherapist is just the 'navigator'. There is no question of being controlled or manipulated against your will, you remain in control at all times. Hypnosis is obtained through focused concentration, for example on the therapist's voice. Once the deep state of hypnotic relaxation has been reached, the subconscious mind is able to absorb information, suggestion and other content which bring about the therapeutic changes.

No, although almost all hypnotists/hypnotherapists use the word 'sleep' during an induction, it is purely a signal to get the mind to relax very deeply, sometimes referred to as 'hypnotic sleep' You may look as if you are asleep but your mind will remain very clear and in control. Should you actually fall asleep it will probably be necessary to gently wake you up as no suggestions can take effect during real sleep and time may be wasted.

2. Will a moment arrive when I am under control?

No, quite the opposite. This is the biggest, most widespread myth about hypnosis. Powerful changes are made but only ones that you want. It may appear as if subjects in stage hypnosis are being controlled, but in reality they are just very relaxed and uninhibited, rather like people who are drunk (without feeling remotely drunk). In fact, you will enjoy a definite feeling of increased control. Nobody can be hypnotised against their will. There is a myth that weak willed or simpler people respond more easily. In fact, statistics show that hypnotizability usually increases with intelligence.

'Being under' may not be what you've always believed it is. People go in and out of trances almost every day and are not aware of it! You just feel mentally very, very calm and content, relaxed, focused and alert, like during a good film at the cinema. At these times the subconscious mind is accessible. It often happens at times of physical activity, as for example, in competitive sports. A tennis player may be having a poor game, then he/she suddenly relaxes and just can't hit the ball wrong - increased concentration has created a light trance and the brilliant shots are coming straight out of the subconscious, as if someone else were playing.

4. Will I remember anything afterwards?

Yes, almost certainly you will. Even people who have been able to have operations under hypnosis, and have felt no pain, will often chat about the experience afterwards (and during). Occasionally people recall very little or nothing, rather like occasions when you cannot recall much or any of a dream.

5. What happens at the session?

First of all there is a detailed consultation in which you are able to talk things over in complete confidence and  give details of your problem(s). This is often therapeutic in itself.  A course of treatment will then be suggested, the number of sessions that are required (usually just one or two). I will then usually chat to you about hypnosis so that you are feeling totally relaxed and are aware that there is no possibility of losing control or consciousness at any time. I'll ask you to sit in a comfortable chair and then get you to focus on something such as a spot on the wall or my voice, to lead you gently into hypnosis.

You won't be asked to look follow a swinging watch or to look into a spiral. It was realised years ago that such props are totally unnecessary.